um, i don't have a title for this. 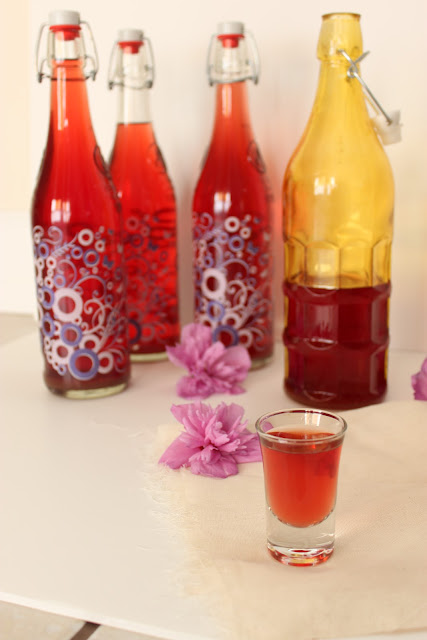 what i've been up to, or why i've fallen off the face of the earth sound like reasonable enough ones, or please, lost routine come back and suffocate us with your monotony, we miss you! seriously, i've missed you. i missed this space, and seeing what everybody's been doing. first zhara got sick, her entire preschool class got knocked out. when she got better, hubs collapsed, and when he was fine, it hit me. i haven't been this sick in years! it was truly horrible, but i have to admit it was nice to be taken care of, for a change. (not that i was able to enjoy any of it, but husband did bring me toast and chicken broth to bed. and he was on toddler patrol the whole time so i could rest). then i got better and went back to work and the day-to-day. and i never resurfaced... i have packed what feels like a million lunches and snacks. i have made enough laundry to have some sort of softener overdose. (i'm all for the arts and such, but could we use a bib when we're glueing glitter to dry leaves?! i swear she messes up three outfits a day.) work has been beyond exhausting. draining. and it seems more complicated than ever to divide the day into more bits than the mandatory stuff. get the kid dressed and fed, and to daycare. get to work. breathe, don't blow a gasket. get dinner on the table. get tomorrow's lunch packed up. get the kid bathed and kissed and tickled. get to bed. repeat. at the end of the day, when i'm showered with never ending requests for 'just one more story' i have to make a very conscious effort to be nice to my kid. i have to pace myself so i can patiently explain yet again why it's night and therefore, bedtime. this kid never wants to go to bed. i could sleep standing, like a horse. it was an intense couple weeks, and i felt like i could talk about nothing else. i can also see very clearly that it would bring everybody down if that was the whole story, but it's not! because every now and then i remember why we do it. we're building a business, and that's never easy for anybody. every beginning implies lots and lots of legwork, and it's unrealistic to expect anything else. no one gets the red carpet from day one. (unless you're gwyneth paltrow.) everybody pays their dues. i decided to simply stop feeling so tired, or more precisely, that being tired is the end of the world. tired doesn't have to equal mean cavewoman. it doesn't have to mean that right now, your bones are mush. tired can mean you've tried your best. tired can mean you're on your way. so you can feel tired and content. they're not mutually exclusive notions.
in between, we have managed to get out and pick raspberries. zhara had a grand time rolling in the grass like a dog, and eating raspberries straight off the bush. i made the best jam ever. and cake, and cupcakes. we had regular plum fest, with jam, compote, pie and ice cream all out of italian plums. we made zacusca. this is a traditional canned veggie spead. i'll do a post on it as soon as i get around to taking some pictures. we made a batch of roasted tomato passata with all the heirloom toamtoes we've been picking from the garden. (speaking of which, i have a lot of green ones that i doubt will ripen with this cold weather - does anyone have a nice recipe for canned green tomatoes?) we've made pear compote. the sourdough starter is still alive, i'd say despite me. we've had some very good sourdough waffles, but the bread is not working out the way i'd hoped. i'm not giving up.
the liquor up there is good stuff. you take a bunch of sour cherries, and you mix them with half their weight of sugar. let them sit overnight to form syrup. then you add alcohol 3 to 1. and then you wait around doing nothing for two weeks. and then you bottle up the liquor, and use the cherries in truffles or something. this is a sweet drink, very fragrant and fresh. a shot before or after a nice meals round things up like nothing else. 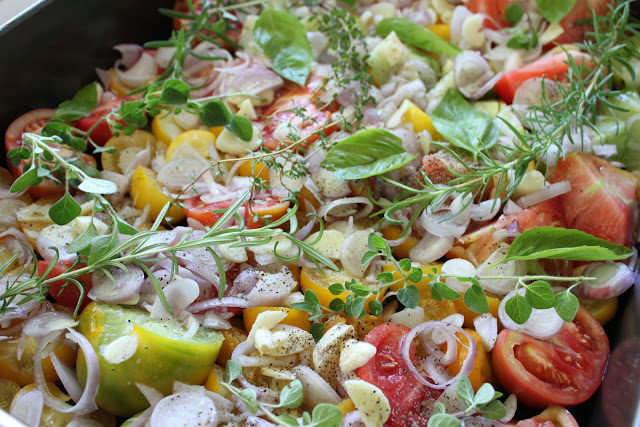 these are the tomatoes that got roasted for passata. there's shallots and garlic and all those herbs (all from the garden), i can't begin to tell you how good this is! each time i open a jar i feel i'm making a sacrifice, and i ponder whether the dish is worthy. silly, but it can't be helped. 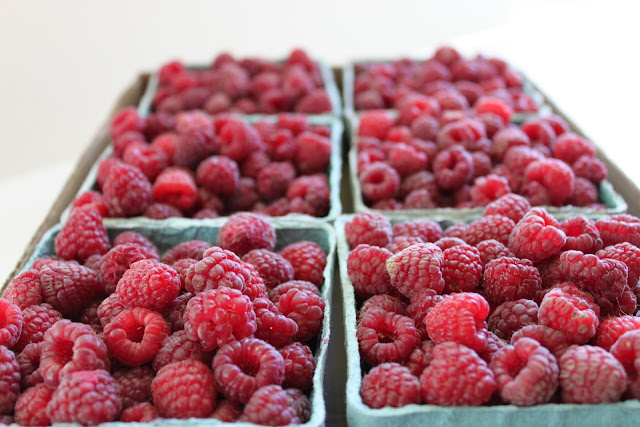 look at this treasure. they really were so delicious! and the jam is incredible. it's a low-sugar recipe from pam corbin. they also made a delicious mousse in a dark chocolate cake. it got wolfed before i even had a chance to put it on a cake plate. 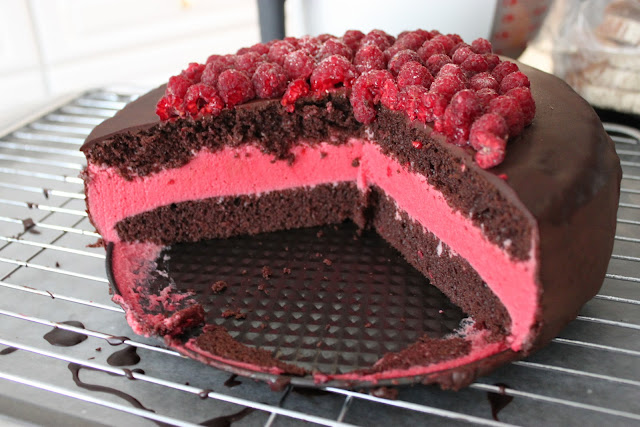 over the course of my absence, i've won a giveaway hosted on a wonderful blog. i'll tell you all about it tomorrow. (i really, really, hope i do). i was supposed to post about it as soon as i got my loot, and then it all got away from me. in all honesty i haven't had a chance to use half the stuff, and so there wasn't much to say about it...
next weekend we plan to pick some apples. jelly is not my thing, but i'm thinking some more jam can't possibly harm us. tomorrow i'll take a pic with all the canned stuff sitting pretty on a shelf. i want to go pet them. and if that's me plain and sober... maybe i'll drink some of that cherry liquor and take a bath in raspberry jam.